All I know is that once the weather turns cool and the leaves begin to change, I’m ready for pumpkin everything. You can totally cook your own pumpkin, but the can makes things so much easier. Plus, according to this article, it may NOT BE PUMPKIN in those cans. Being the constant researcher, I dug up this snopes article that says the rumors about it not being pumpkin may not be entirely true. Honestly, I don’t care what it is; it’s tasty.  Toss some into yogurt, add to hummus, energy bites; the options are endless.

I really like using pumpkin puree for dinner. It makes for a delicious savory and sweet dish. I’ve used it to make pasta, and now this simple pumpkin & kale soup recipe.

When the weather turns cool, I like to start making soups while I’m serving up lunch. By the time dinner rolls around all the flavors have blended together and I can relax as opposed to running around trying to fix up dinner at the last minute.

This soup dish is super simple. I cook some bacon first because bacon makes everything taste amazing, but it’s not necessary if you are looking to reduce the fat or make a vegan dish. Then, I add the onions, cook them for a bit before adding the pumpkin, seasonings and broth.

I toss the kale in at the end, but spinach or some other leafy green (maybe beet greens!) works too. I also added some milk because that’s what I had on hand. I’m not a coffee drinker, so we don’t typically have cream all that often in our house. And if you’re going for a vegan dish, feel free to substitute with almond or coconut milk or just leave it out.

This dish is the perfect dish to enjoy on those cool fall nights. It makes for great leftovers too! 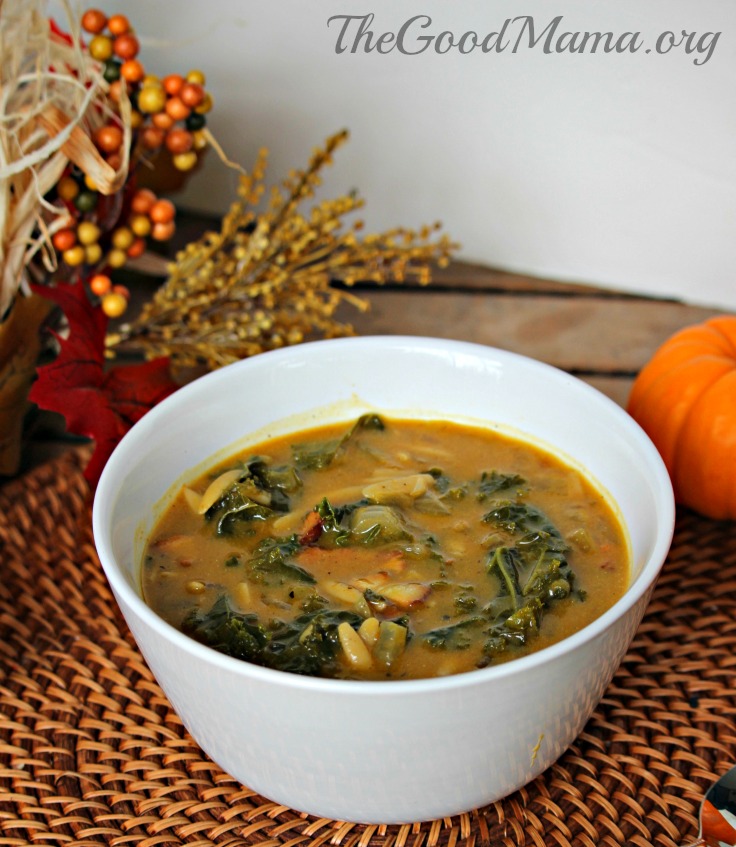 It’s time for my family’s annual trip to the Jersey Shore! Every year my mom’s side of the family (she’s one of 8; we take up…